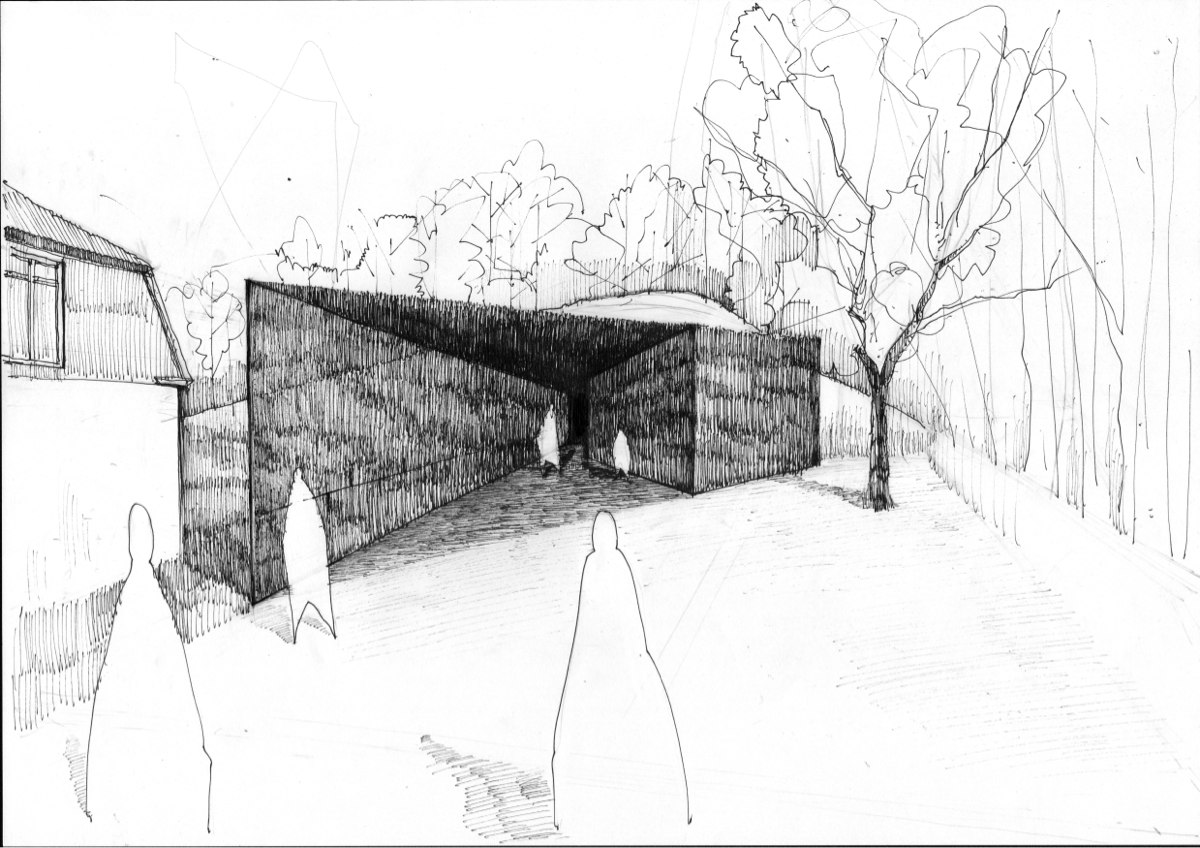 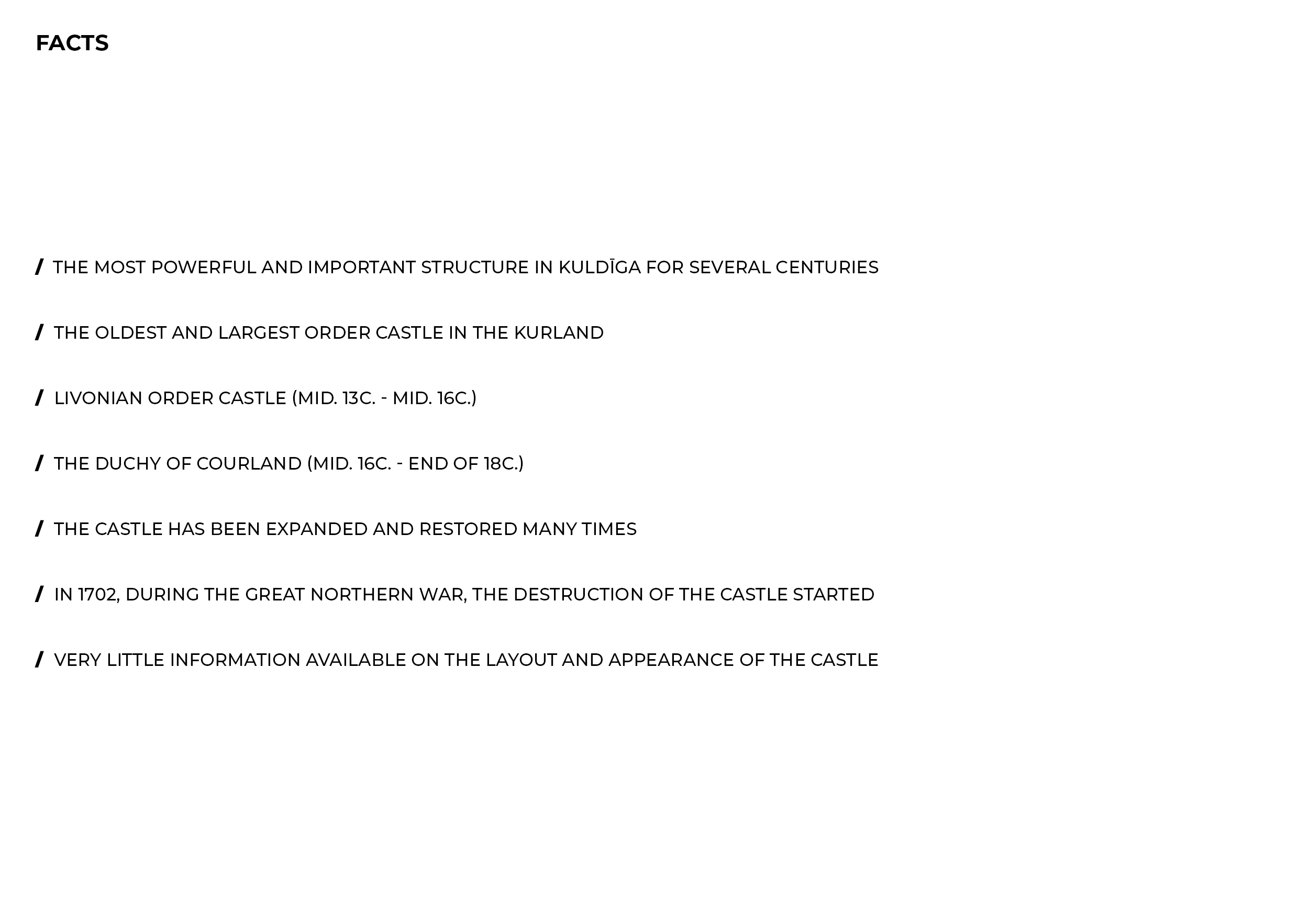 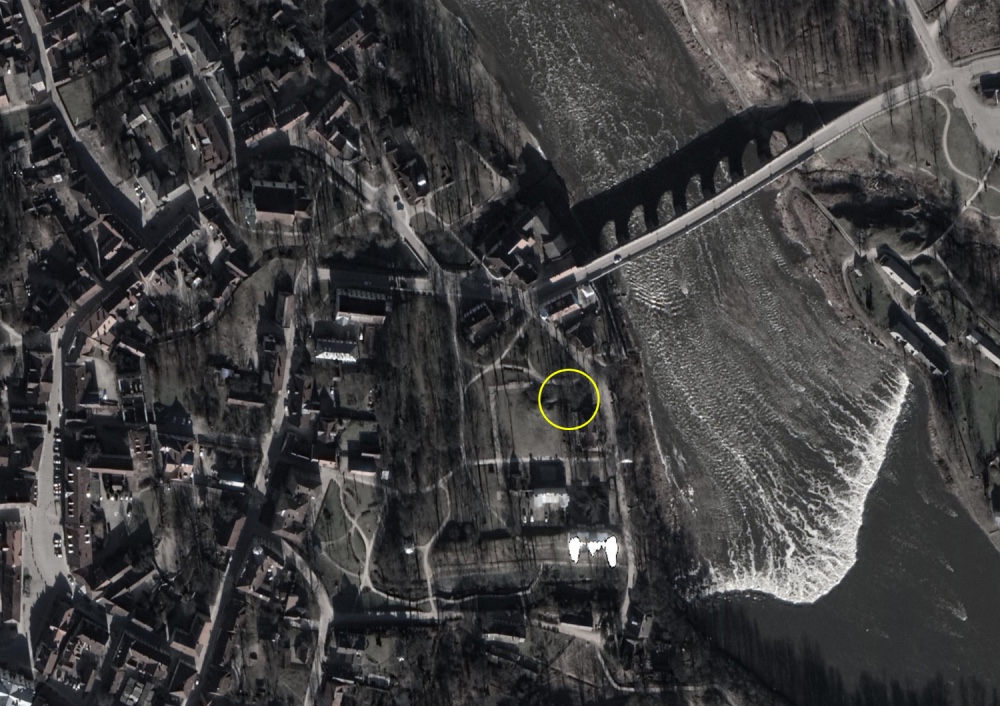 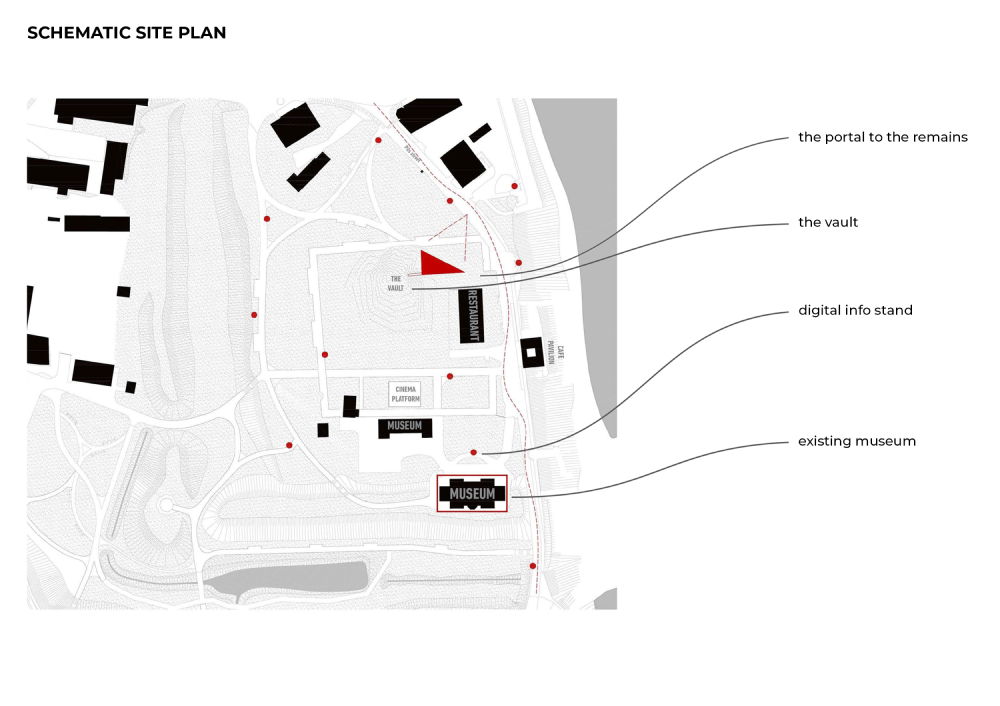 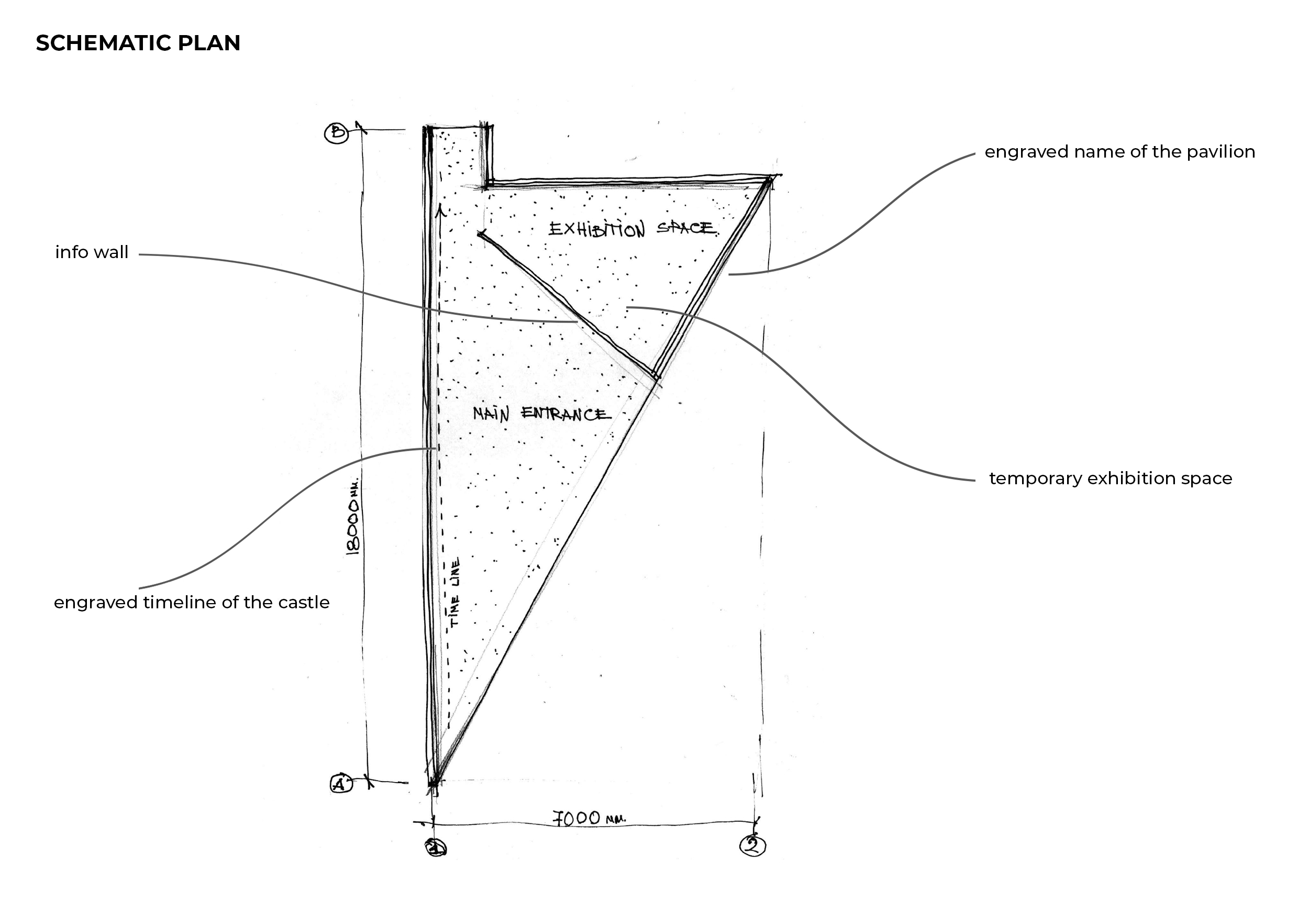 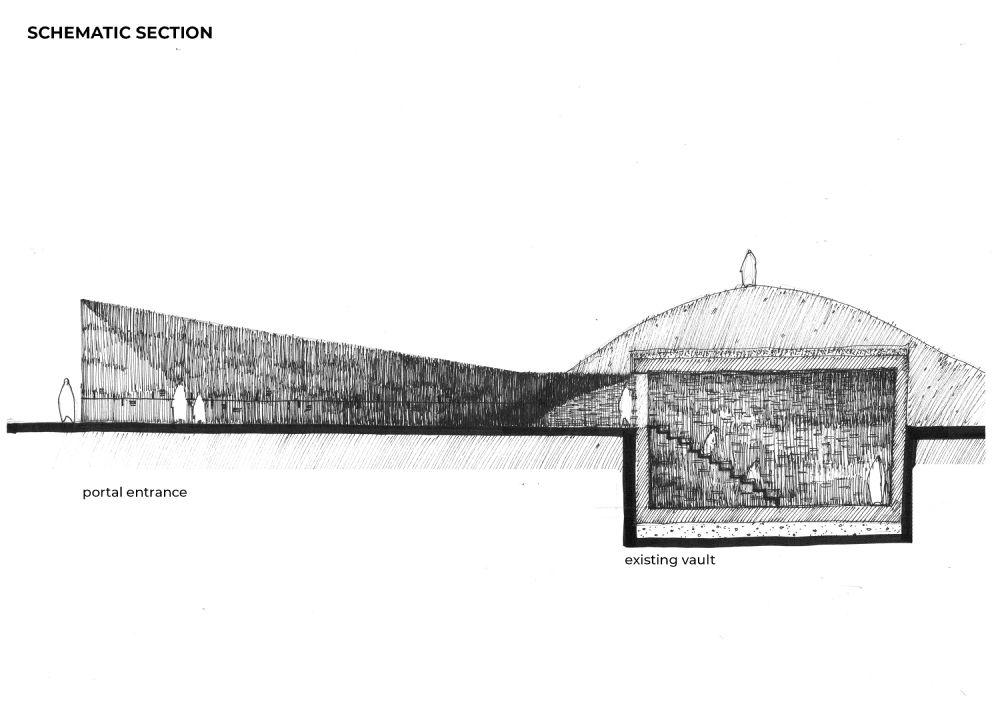 PORTAL TO THE REMAINS
GIVING THE VOICE TO THE LOST MAJESTY

Kuldīga is an old town and urban construction monument of national importance, protected by the Republic of Latvia’s laws and regulations, which was included on the World Heritage National List prepared by the Latvian National Commission for UNESCO. Thus, it is a message about an expansion in Kuldīga’s importance, the opening of the town to the world, and in a way also recurrence in time… The selection of the site for the construction of the Order’s Kuldīga Castle was associated with the time when the Baltics were invaded and subjugated, namely, the early 13th century. Researchers of history indicate that the site for the Kuldīga Castle was selected for strategic reasons. Giving the voice to the lost majesty to something that exists and not exists at the same time is a very challenging task. Considering the cultural importance of the landscape of Kuldiga Castle, it was essential to understand how to touch it, to find the principles that will help to offer something to this place. The charter for the protection and management of the archaeological heritage together with the Nara document was taken as a ground for understanding the general guidelines and source of ideas for policies and practice of governments as well as scholars and professionals in this field. The idea was to deliver something which will complement the existing park infrastructure, museum, and the only survived vault, the only piece of authenticity in the castles perimeter… The "temporary" structure that was proposed for the entire site was a “portal to the remains”. Totally made of perforated corten steel, having the triangular shape in the plan, where the elevated part facing the Pils street-alley and decreasing in height to the side of vault entrance, makes the effect of the void, experiencing mental transition to the past through the prism of modernity, inviting people inside. One of its walls has a stretching counter relief timeline showing the historical periods of the castle. A small exposition space is also hidden behind the outer wall of the portal. The choice of perforated corten steel can be justified as a reflection of the former power of the castle at the same time recalling the fact that there is nothing eternal... To avoid the disturbance of any surviving archaeological evidence, almost leaving the vault in its current condition, the only element that was proposed for it, is the meshed steel cascade staircase inside the entrance part of the vault. Material, with its almost total transparency and at the same time its strength, will leave space in its original appearance giving the possibility to use staircase as a platform for seating, when watching different documentary films on the projected opposite wall of the vault.